Why You Shouldn’t Ignore an Alert From Your Flo Device 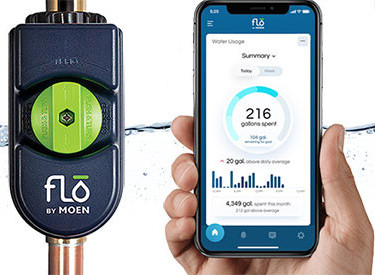 The Flo by Moen device that many of our members have already installed in their homes has proven itself time and again as an invaluable tool in protecting homes from water damage. One member has reported coming home from a weekend away to find a puddle of water on the floor when, without the device shutting off the water main, he would probably have found a flood. Another member caught a local mosquito company filling their 300-gallon tank with the homeowner’s garden hose (using his camera doorbell) after his app alerted him to excessive water flow. The homeowner was then able to turn off the water main from his phone.

Plumbing doesn’t last forever and not every catastrophic water event is caused by a burst pipe or broken water hose. Many times, a small leak over a long period of time can cause terrific damage to your home’s structure and stability. These are the leaks you can’t ignore if you even know they are there.

The Flo by Moen device runs daily tests to ensure your home plumbing network is running efficiently, and continually checks for leaks and potential vulnerabilities in your pipes. It sends alerts to your phone in real-time if a leak is detected so you can take action to prevent further damage.

Over sixty percent of homeowners immediately discover a leak they didn’t even know they had using this device. This is why it is important to never ignore an alert. More often than not, you won’t be able to see where a leak is occurring, but the Flo device knows it’s there.

If your Flo by Moen device detects an issue and you aren’t sure what to do, you can call their Solutions Team for help.